As a part of our 10,000 lives saved celebration we will be featuring the stories of some of our fosters, both Northern and Southern, old and new. As a rescue that does not have a shelter facility, fosters are a vital part of our rescue. 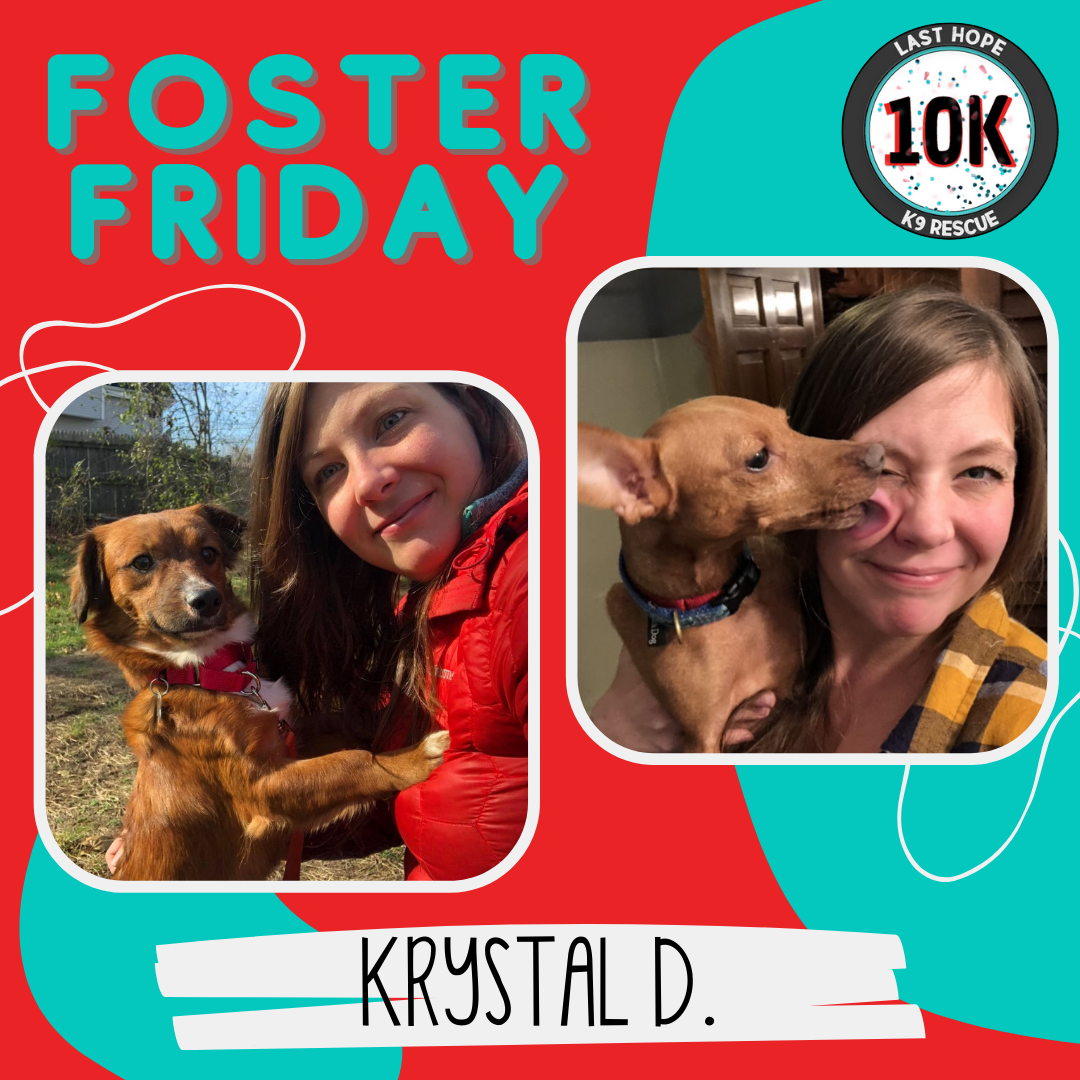 What is your position in the rescue?

What year did you join?

Why did you decide to join Last Hope?

I was a new dog owner and wanted to help dogs. I saw a Facebook post from Last Hope looking for fosters so I inquired about it, and the rest is history.

How many fosters have you had?

What do you think has been the biggest change in the rescue since you started?

The growth of every aspect of the rescue. Last Hope was only a few months old when I joined, and hadn’t even saved 100 dogs yet. 9 years later we’ve hit 10,000 dog lives saved, which is mind blowing. I think there were less than 10 adoptable dogs at the first event I went to, and now we have dozens at any given time.

What is your favorite adoption story?

It’s hard to just pick one! Maybe the dog who was adopted and needed to be returned due to some unfortunate circumstances for the owners, but the dog had really bonded with their cat who was also now in need of a new home, so Last Hope took back the dog as well as his kitty sibling. They were adopted back out to a new family together.

What is your favorite foster story?

That would have to be Chubbs. He came from a hoarder’s house with 30 other dogs and was absolutely 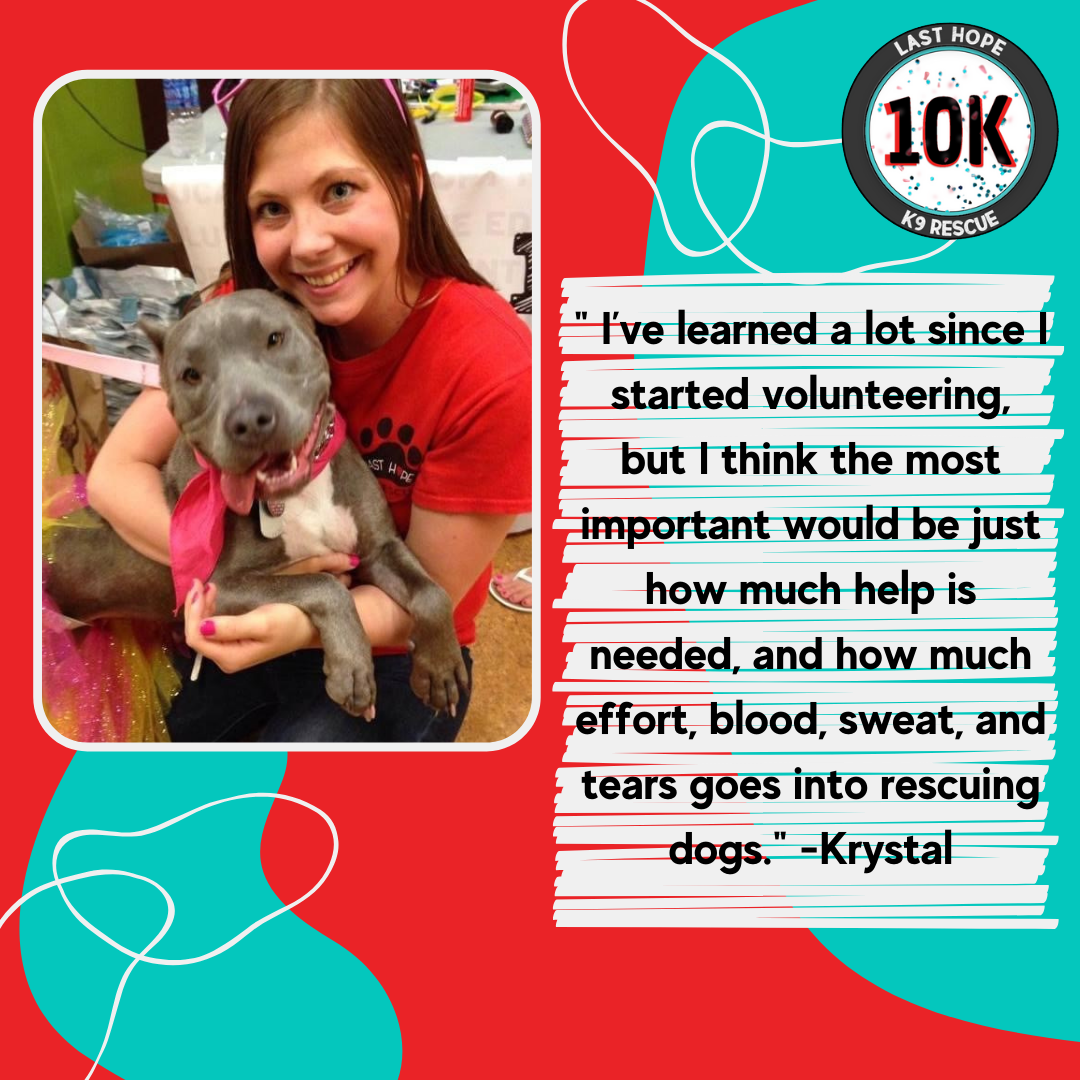 terrified. He wanted to be loved but wasn’t very trusting. I gave him some time and he quickly warmed up to me and became a “Velcro Foster.” He met his adopters twice and wouldn’t go near them, but they are amazing and took a chance on him and brought him home after the 3rd meet-and-greet. He is now the happiest dog and has so much confidence. His adopters are so in love with him. We’ve had a couple play dates since he was adopted and he loves seeing me and his former foster brothers. It’s hard to let go sometimes but seeing dogs like Chubbs thriving after coming from a bad situation is what makes it worth it.

What is your favorite part of volunteering with Last Hope?

My favorite part of volunteering with Last Hope, aside from the obvious answer of helping to save so many dogs, is the friendships I’ve made with fellow volunteers, especially the bond we form during service trips.

What is the most important thing you have learned since you started volunteering?

I’ve learned a lot since I started volunteering, but I think the most important would be just how much help is needed, and how much effort, blood, sweat, and tears goes into rescuing dogs.

What advice would you give to a new volunteer?

My advice would be to be patient. It can be hard sometimes but is so rewarding.